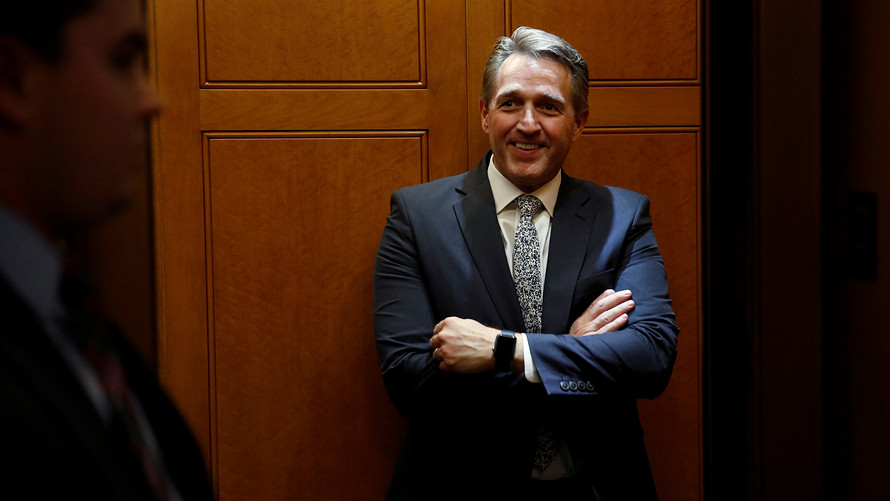 Having heard “somewhere” — possibly from Mike Murphy, the veteran Republican strategist, interviewed earlier this week by Andrea Mitchell on MSNBC — that one current senator had estimated 30 Republicans in that chamber would vote to convict Donald Trump if secret ballots were a feature of impeachment verdicts, former Sen. Jeff Flake raised this objection:

The Arizona Republican issued his estimate elevation — meaning 66%, as compared with 57% under the estimate relayed by Murphy, of the 53 members of his party in the current upper chamber would favor Trump’s removal from office — in the question-and-answer segment of an appearance at the Texas Tribune Festival in Austin.

An op-ed in Flake’s hometown newspaper suggested the former senator was effectively accusing Republicans in the Senate of cowardice, assuming he’s on the mark that many would vote differently in a private impeachment proceeding versus a public one, but stopped short of doing so because “that is not his style.”

Read on: How stock-market investors are preparing for the Trump impeachment battle